The Joy in Cooking For Others 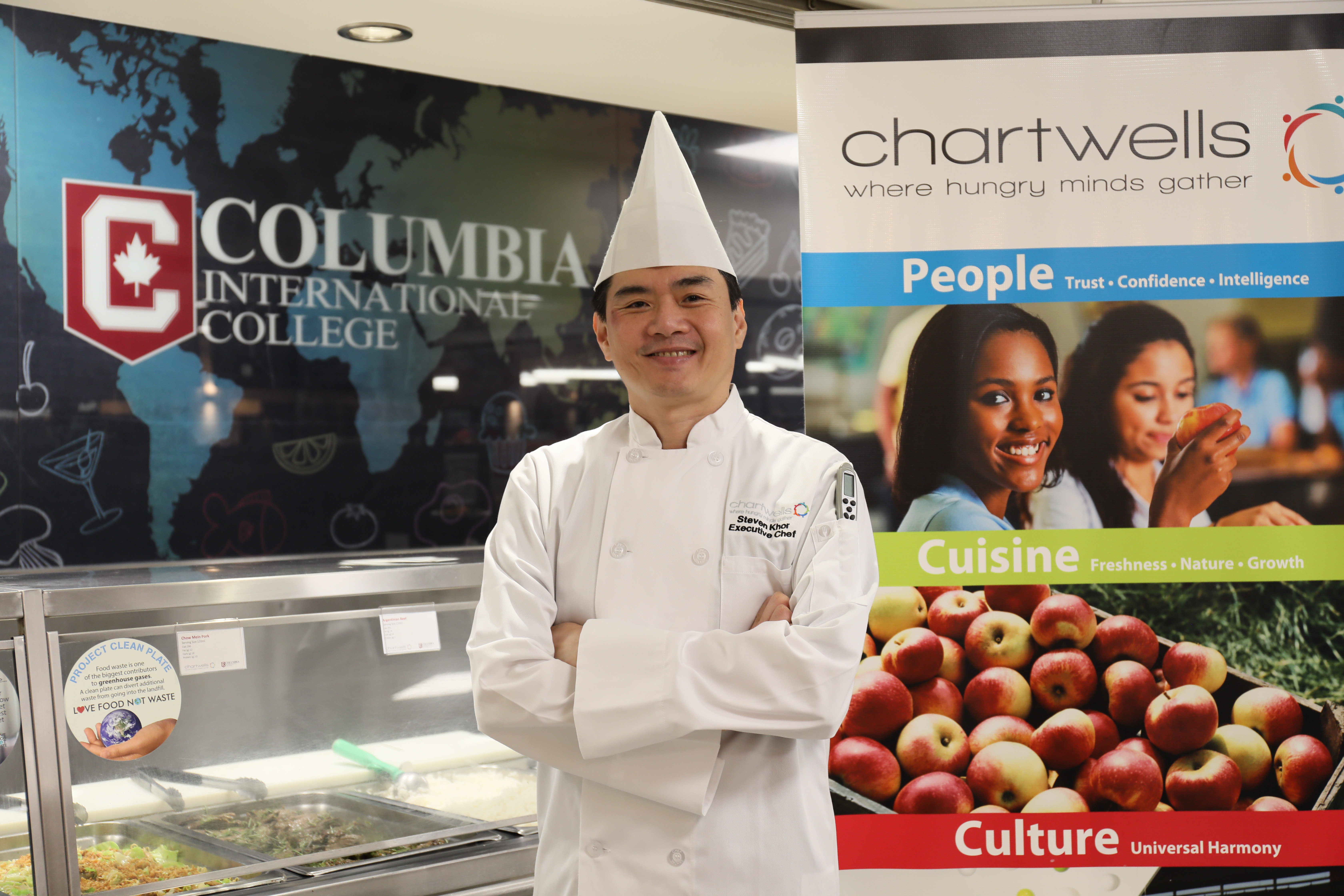 Steven found his passion for cooking because of his grandmother.  His grandmother would be a key inspiration in teaching him how to first cook back home in Malaysia which is located in Southeast Asia.  Steven smiles timidly as he says, “Growing up in Malaysia I remember the food.  The food is amazing!  Malaysia is a very multi-cultural country so we have all sorts of foods.”  Steven explains that in Malaysia there are a variety of foods, apart from the local Malaysian foods, you can find Western foods and a blend of Asian, Indian, and Chinese cuisine.  Steven says, “I love the food in Malaysia, food has always been a part of my life.”

“My career has always been what I thought it would be.  It’s been fun and exciting to work at CIC.”- Steven Khor

Steven came to Canada when he was in his 20’s where he worked as a Sous Chef at the Fairmont Royal York Hotel.  He continued his education in Food and Nutrition Management and is a Canadian Certified Chef de Cuisine with an Advanced Food Safety Training. Steven has worked in a variety of places such as the Toronto Rehabilitation Institute, Nosh Bistro Inc., and Bridgepoint Health.

Steven is modest when talking about his accomplishments in relation to his certifications and awards.  In 2013, he won the Winner of Healthy Menu Choices Recipe Contest conducted by the City of Hamilton and the Public Health Department.  In 2015, he won the Gold Medal for Sodexo’s Spirit of Progress and Team Spirit Award.  Steven is constantly evolving his skills, travelling quite a bit.  He has recently traveled to another school to observe and host with 2 other chefs.  They shared their culinary skills with the students who were from Peru and Poland.  “When people enjoy the dining experience, and they let me know how much they like the food – that makes my day!” says Steven. 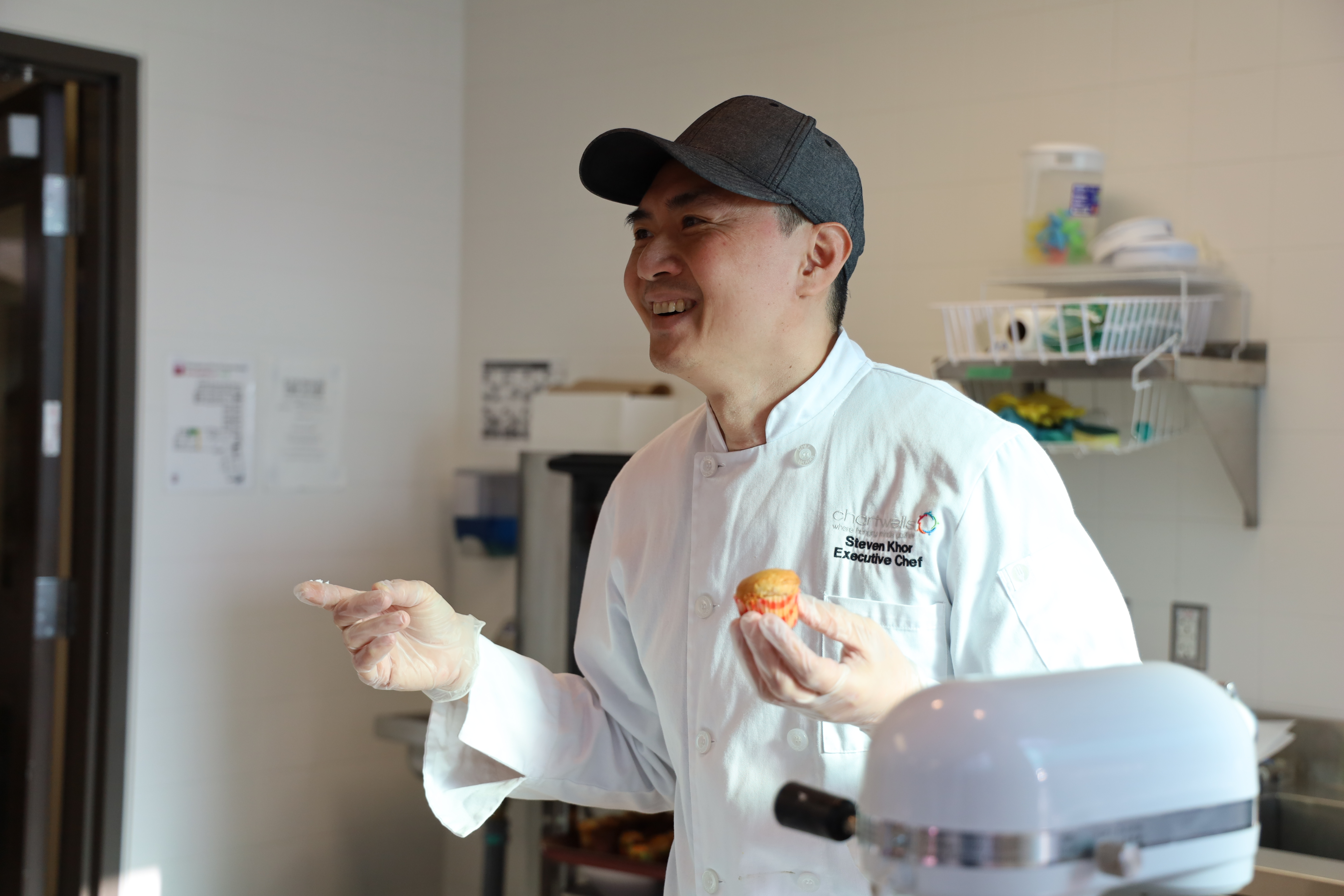 Growing up, Steven says he had two career goals in mind.  He either wanted to become a teacher or a chef.  Steven laughs and says, “I guess I became both in some way.”  Steven finds great happiness in teaching students cooking and independent living skills in CIC’s Independent Living Skills Training Program.  It’s the thought of the students living on their own and they will know how to cook, mix ingredients, and understand nutrition that brings a smile to his face.  “My career has always been what I thought it would be.  It’s been fun and exciting to work at CIC.  The staff are tremendously helpful.  We work as a team, and it makes me feel like this is a home for me,” says Steven.

“CIC is special because it is the largest boarding school in Canada, and it is an honour to work here.”- Steven Khor

From Malaysia to Canada, Steven understands the gravity in coming to a new country and adapting to a new environment.  It is why he educates himself on the vast styles of cultural foods found all over the world, and why he tries to emit that into the foods he’s created for the students.  “Columbia International College is a diverse school.  Having so much diversity in the school, my menu has to be diverse.  I hope to cover as much as I can.  CIC is special because it is the largest boarding school in Canada, and it is an honour to work here.”