Remembrance Day; Lest We Forget 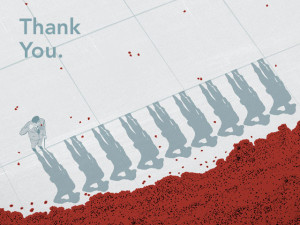 Today, we celebrate Remembrance Day; a national day of remembrance observed in Canada and many countries across the world. It is a day dedicated to honouring “the men and women who have served, and continue to serve our country during times of war, conflict and peace” (Veterans Affairs Canada).

Please join us at 11 a.m. this morning in taking a moment of silence to remember the men and women who have courageously fought, and continue to fight, to keep our country strong, proud and free.

All students are encouraged to visit Veterans Affairs Canada to learn more about the history of Remembrance Day.