Prime Minister, Justin Trudeau, has announced the border between Canada and the US will remain closed to non-essential travel until at least  December 21, 2020. The restrictions have been renewed every month since March, when they were imposed.

The graph below shows the number of new cases reported by the City of Hamilton daily from November 17 to 23, 2020. 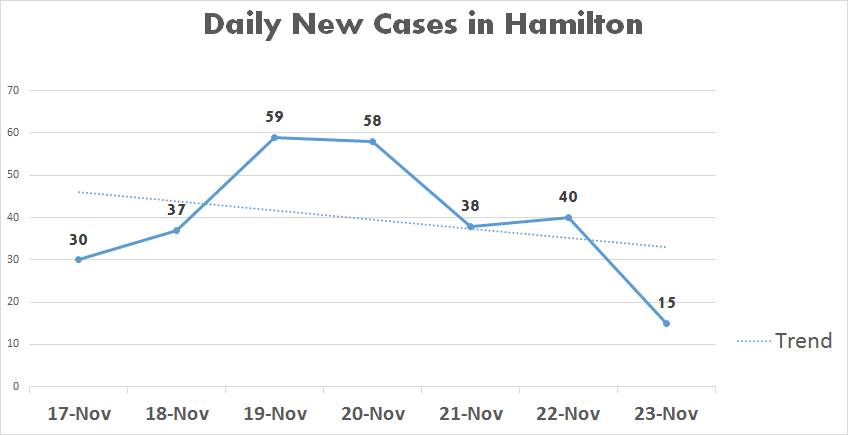 The graph below shows the number of new cases reported by the City of Hamilton daily from November 17 to 23, 2020.

Ontario Premier, Doug Ford, announced that the City of Toronto and Peel Region will enter lockdown stage effective Monday, November 23rd, 2020. Since September, Ontario has been implementing incremental measures, including investments in the health care system and increasing the number of tests.

In these hot spots, schools and child care centres will remain open, large gatherings will not be allowed, and non-essential stores can remain open, but will be limited to curb pick-up and delivery.

New Daily Cases in Canada and Other Countries

The next graph compares new cases average between November 17 and 23 for Canada, the province of Ontario, Toronto, Peel and York Regions and the cities of Ottawa and Hamilton.

The graph below compares the number of Daily New Cases reported on November 19, 2020 in the US, Italy, Germany, UK, France, and Canada. 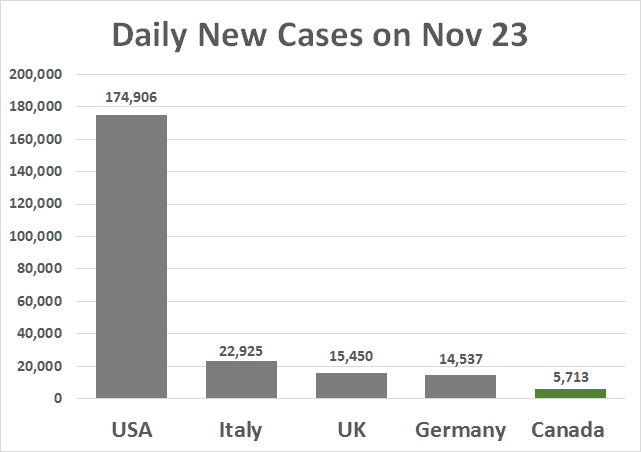