The City of Hamilton is NOT one of the hotspots for COVID-19 in the province of Ontario.

As we approach the Thanksgiving Holiday and cases have been increasing, the Public Healthy Authorities’ recommended the community to keep the celebration “local” and with people that live in the same household.

The graph below shows the average of new cases from October 1st to 8th. 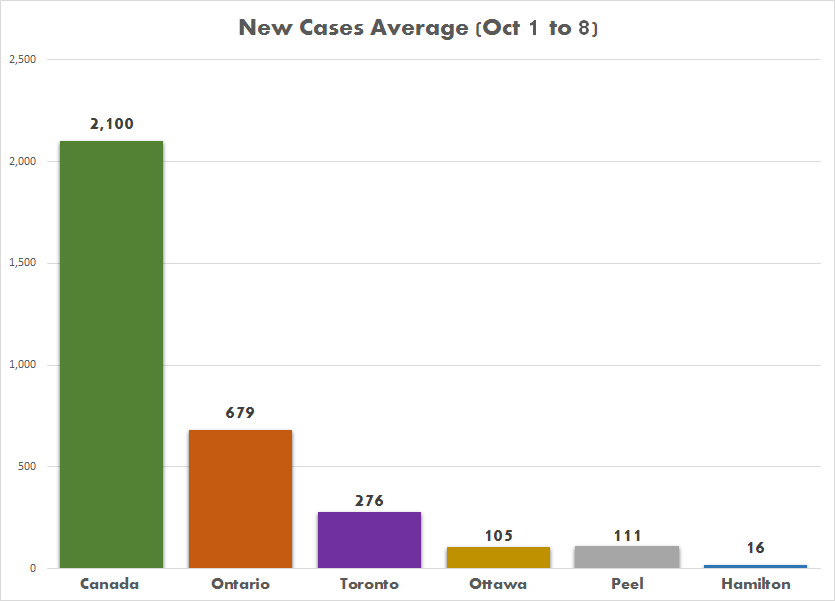 Hamilton was not counted among those hot spots

According to Public Health Hamilton, the increase of confirmed cases is most likely a result of socialization and people not following safety measures, as wearing masks and keeping social distance. The next  graph represents the daily new cases and trend in the City of Hamilton

On October 8th, the US reported the highest number of new COVID cases in the last two months. The graph below compares daily new cases from October 1st to 8th in:

The graph below shows the age distribution (%) of confirmed cases in Ontario on October 8th.

The most affected age groups are: 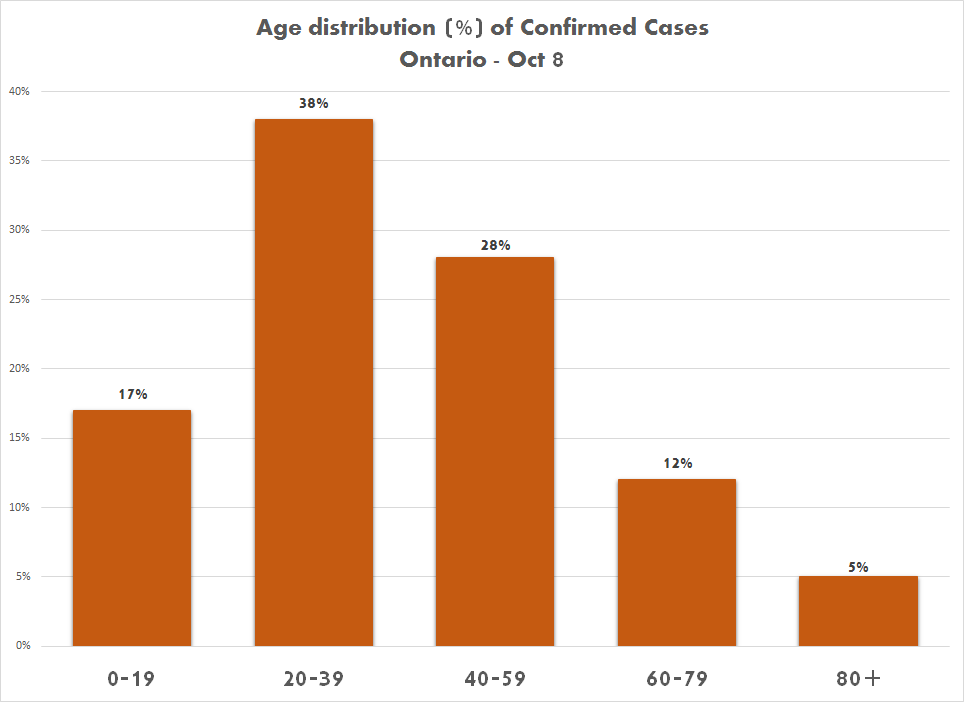 The incidence amongst the age groups also reflects the increase in socialization, as it can be observed with the age distribution (%) of confirmed cases in Hamilton from September 28 to October 8.

The most affected age groups in Hamilton are the same as in Ontario: 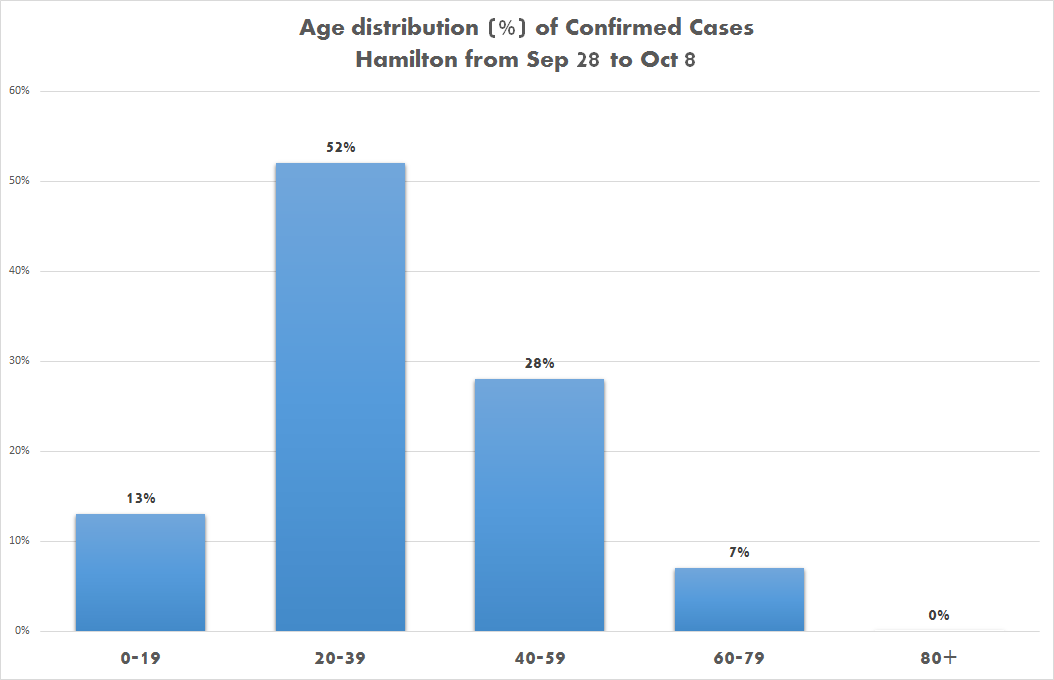