Changing the World through Peaceful Negotiations 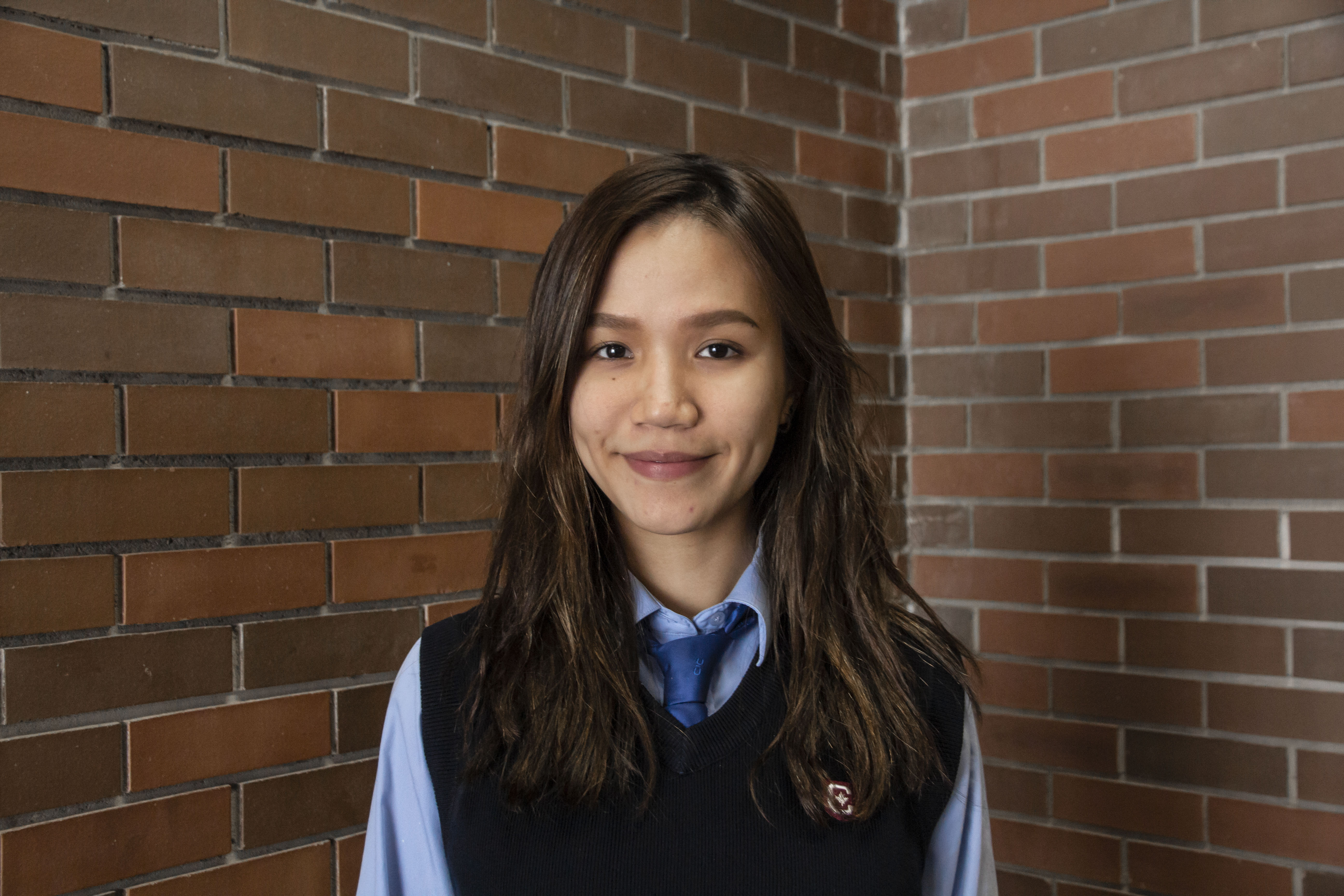 Vicky Tseng is an extraordinary student and individual reminiscing on her time at Columbia International College.  Following CIC’s Elite Pathway partnership program with the University of Toronto, Vicky was accepted into University of Toronto: St. George Campus for Social Sciences.  Not only was she accepted into one of Canada’s top universities, she also received the Best Delegate Award for her involvement in Model UN.  Vicky explains the hope she has for herself is simple, “I want to become a person who can bring change.  On a global or community scale, I just want to bring positive and good change.”

“On a global or community scale, I just want to bring positive and good change.”

Vicky’s story began in the city of New Taipei where she soon came to Columbia International College to pursue her education abroad.  Vicky states, “I always wanted to study abroad.  I just figured it would be easier for me to have a chance to explore the environment earlier, and I ended up choosing Canada because it is safer.  I told my parents I wanted to come, and they were very supportive of my decision to come here.”  When Vicky came to CIC, what she really enjoyed was making friends from around the world.  Vicky participated in not only Model UN but was also a part of the Executive Leadership Team as a Service Prefect and Athletic Prefect helping in the school’s 30 Hour Famine event in 2018.

It’s without a doubt that Vicky has been able to pursue her interests at CIC.  Vicky has been able to continue learning about her interests in political debates and being aware of politics, global affairs, United Nations and anything that is happening around the world.  For Vicky, Model UN has taught her about multiculturalism and respect.  Vicky discusses her passion in participating in Model UN over the last couple of years explaining, “Sometimes in Model UN you get assigned to a country where you have to debate on something you don’t morally agree on, or totally disagree.  But I have to debate on the country’s behalf.  I have to look at things from another point of view, and look at an issue with a different aspect before I draw myself to a conclusion.” 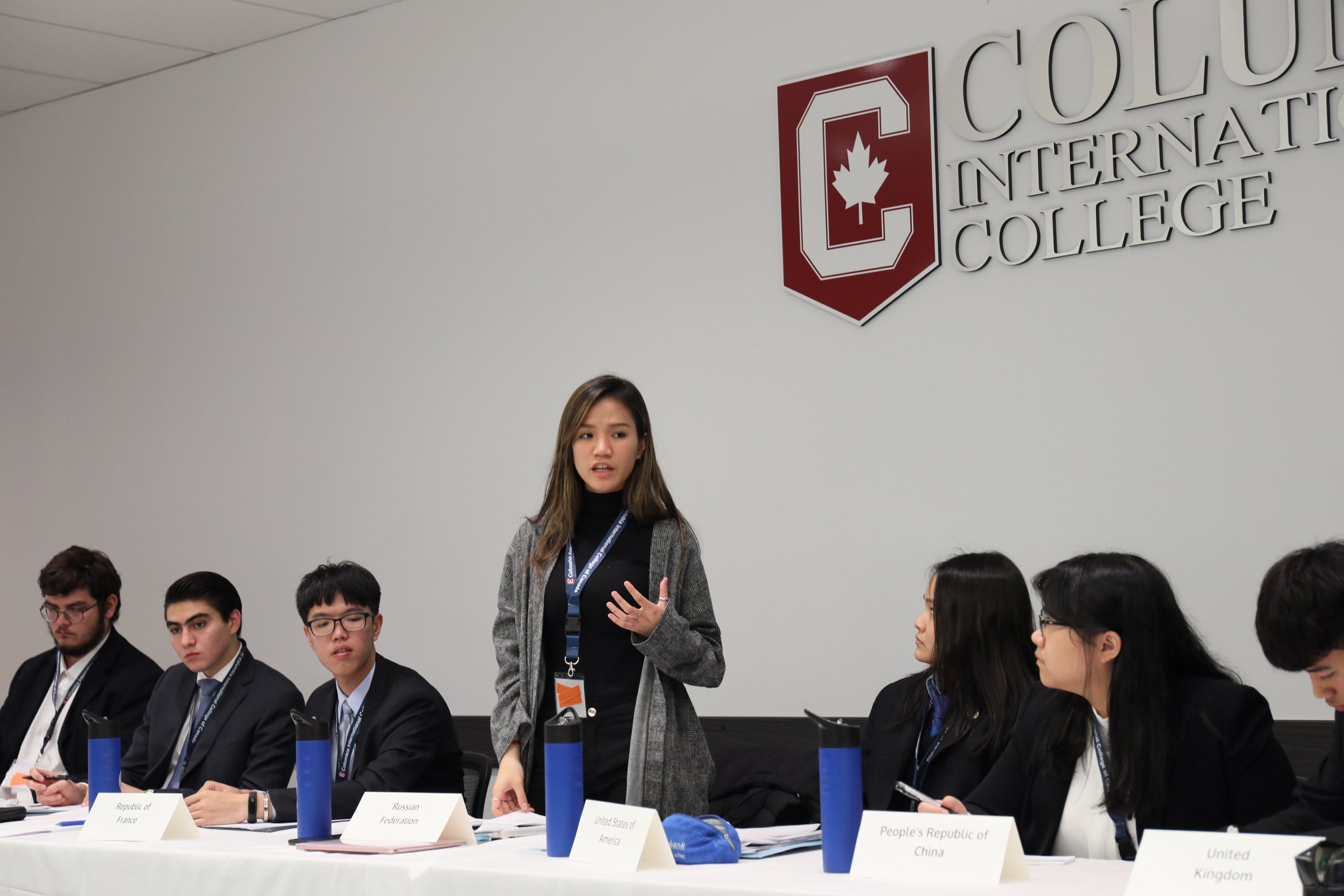 Vicky expresses how on a larger scale, the whole point of Model UN is international peace and having peaceful negotiations.  The point of Model UN is not to argue but to be diplomatic, peaceful and respectful.  As Vicky continued to progress in her experience with Model UN, she found herself maturing. “I don’t feel frustration or hatred when I talk to others.  It’s more about being diplomatically mature to reach a common consensus,” says Vicky.  Vicky exemplifies her own personal progression through Model UN by explaining, “I feel like when I am participating, I am trying to bring change.  I am trying to solve what is going on now.  Even though we are young, we are innovative.  There is a good chance and a good opportunity to be aware with what is going on around you.”

” Even though we are young, we are innovative.”

Vicky finds that many things derives from philosophy, revealing how it’s important to be challenged by philosophy as it helps one to contemplate.  Vicky explains, “Philosophy gave me a chance to stand in a stance that I would never imagined I would be in.  It urged me to think and contemplate different aspects.  The way I used to think – I thought that was the norms of society, but philosophy and Model UN have helped me to see the different points of view.  I realized my interest in law, political science, global affairs and it was philosophy that really helped me to look at things from a new standpoint.”

As Vicky prepares herself for her post-secondary education, she is happy to know that she is loved and supported by her family and close friends.  When asked what she thought she might be when she finishes her post-secondary education, Vicky smiles and says, “My dream job is to work for United Nations.  I just hope at the end of all of this, people will remember me.”