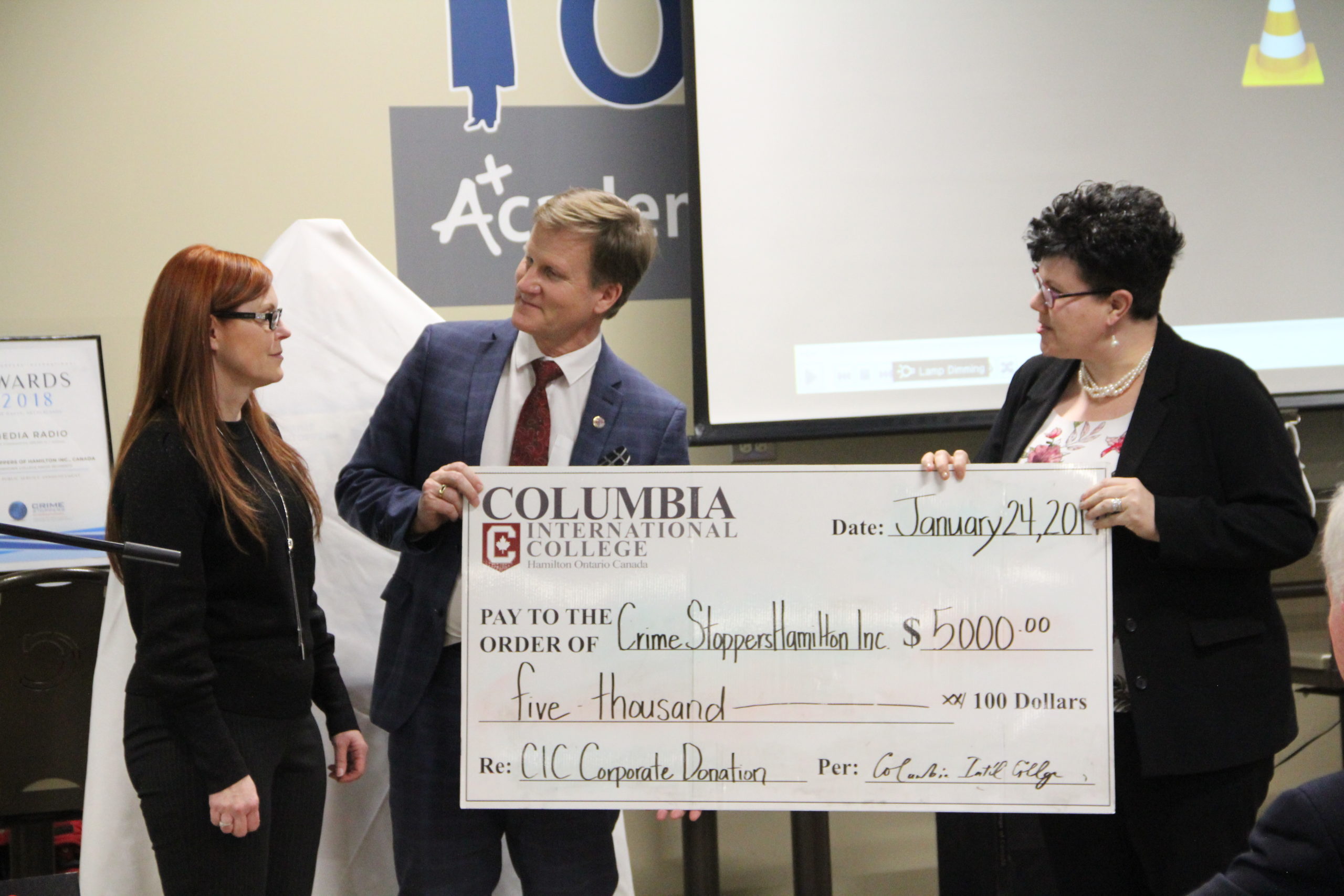 By Haley NgonadiJanuary 28, 2019No Comments
Book A Campus Tour

Crime Stoppers is a community organization dedicated to engaging citizens in maintaining safe communities across the world. It is a partnership among the community, the local media and the police.

Columbia International College hosts Crime Stoppers of Hamilton’s annual Evening of Appreciation in January of each year.  At this event, Crime Stoppers recognizes those members of the partnership (community, media, police services) who have contributed significantly to the program in the previous year.

Limit on Off-campus Work Hours to Be Lifted Temporarily

Students Arriving in Canada are Exempted from Hotel Quarantine