The Chosen Path: The Story of Diana Reid 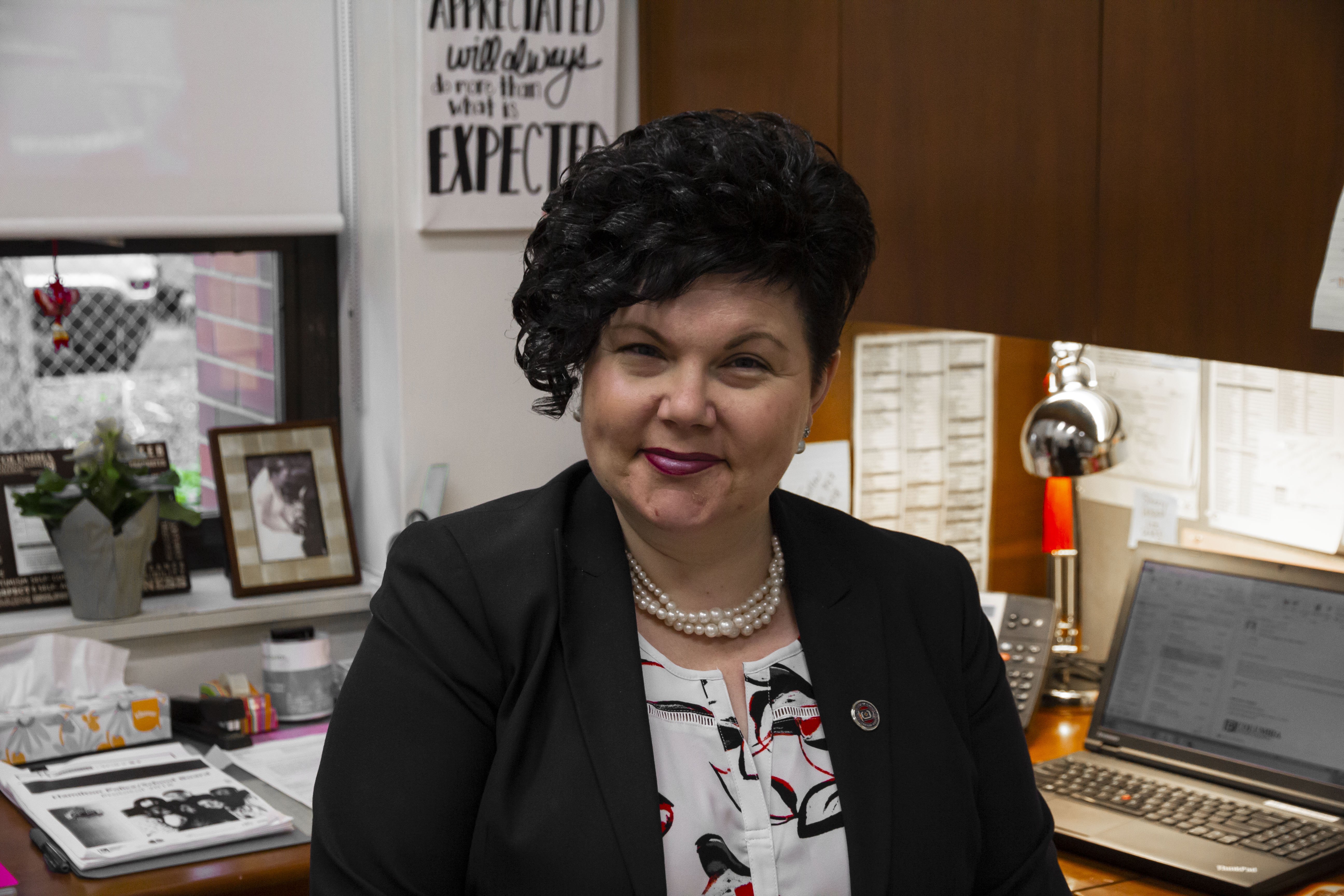 Family is a word that means so much to CIC’s Principal, Diana Reid.  Not only is she proud of her own family, but proud of her CIC family.  As Principal at Columbia International College, Diana has had the privilege of providing Total Care Education to the students and their families of CIC.

“My father always said to me that if you choose a job that you love you will never work a day in your life.”

Diana Reid’s story begins in the Milton area of Ontario with her parents and brother.  Today she is a proud mother to her 16-year-old son and twin 10-year-old girls. Her and her husband’s lives revolve around their children and the sporting events that they are involved in.  Diana expresses, “I often say my happiest times are sitting on the side of a football or a soccer field watching my kids play.  It makes me happy and proud.”

Diana’s family is a huge sports family, so when she isn’t watching her own kids play, the family is watching the Raptors, the Toronto Maple Leafs or watching football games.  One of Diana’s own fondest memories growing up are the sporting events she attended.  “Travelling as a family for tournaments and games would probably be my fondest memory.  I played high level soccer and my brother played a high level of hockey.  So I would have to say going to sporting events with my family is my favourite memory,” says Diana.

Diana began her post-secondary education by going to Sheridan College and graduated at the top of her program with quite a few scholarships.  She then went to York University where she finished her first degree receiving her Bachelor of Arts in Sociology and Black History.  Diana then went to the University of Toronto for teacher’s college.  Diana remarks, “My pathway may not be the way I had planned it to be in high school, but it build character along the way and I ended up doing a job I love. I know I am exactly where I am destined to be, making a difference in the lives of students and their families.”

But what made Diana pursue her career in education?  Diana explains: “When I arrived at York University I started to work for a few professors at Osgoode Hall Law School.  One of the professors I worked closely with pulled me aside and told me I was a born teacher and that I should consider teacher’s college.  Eventually, I was accepted to law school and teacher’s college the same day.  It was a difficult decision but my father always said to me that if you choose a job that you love you will never work a day in your life.”  With this advice, Diana chose teacher’s college finding great reward working with young people and students.

“There is no doubt in my mind that this is the most caring school in the world.”

With her career in education Diana observes the differences CIC has than other schools by explaining, “It’s the people and the aligned goal of Total Care Education.  It is so different at CIC because you have so many people that have the same goal in mind encompassing students and their families with every opportunity to succeed.  The students come first, which is a wonderful and refreshing approach to education.”

For Diana, Total Care Education is not only something that is found in print – it is alive and well every day at CIC.  In every decision that the teachers, residence team, accounting team, liaison team, student development team and so many other departments make, the students are put at the forefront of that decision making process.  Diana explains, “At Columbia International College, our students and their families are respected, they are well taken care, they are nurtured to grow and they are truly loved.”

“I am proud to be a part of the Total Care Education family.”

Diana describes how almost every educator’s highlight of each and every one of their careers is probably watching students graduate. “I think that when most people see a young person walking across the stage receiving their  Ontario Secondary School Diploma, they see a graduate that has opened up many pathways for their success, but what I see is each and every one of their personal stories. I see what they’ve overcome and how they have persevered to succeed. It is so rewarding to know that I may have played a small part in their success,” says Diana.

Diana is an incredible woman who not only loves her family deeply, but loves the staff and students at CIC.  She continues to illuminate the exemplary teachers and the work constantly being done to support students and their families.  Diana concludes:

“There is no doubt in my mind that this is the most caring school in the world. Parents and families can rest assured that their child is receiving an exemplary education from outstanding classroom teachers who care about the overall well being of their students. They provide a rich education in an inclusive and welcoming classroom environment that will provide students the knowledge and preparation needed to succeed in post-secondary institutions and the world of work. I am proud to be a part of the Total Care Education family.”