A Top Graduate Building a Community of Inclusivity at CIC 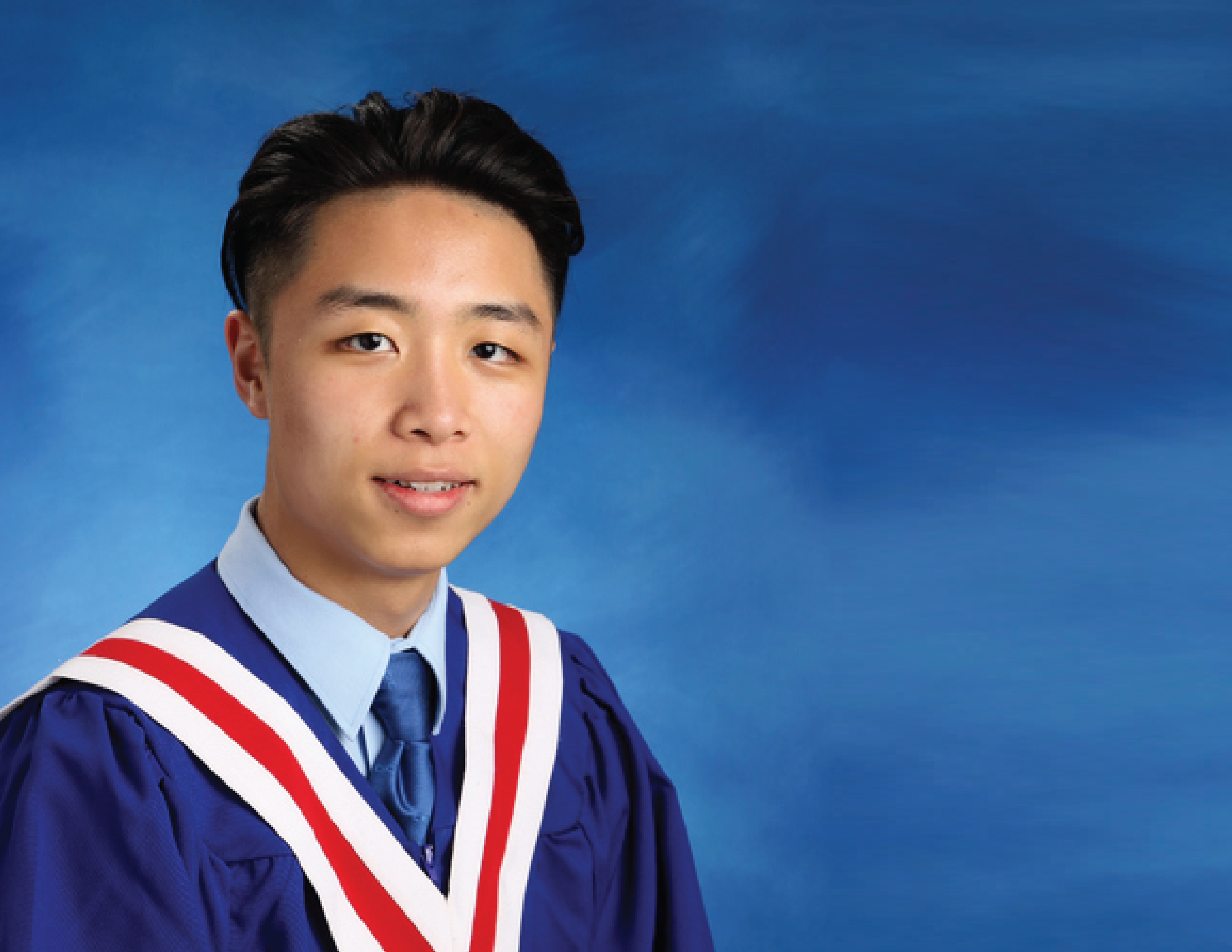 Jackie Zhan was voted for June Graduation 2019’s Valedictorian and is one of CIC’s top graduates.

All the way from China, Jackie Zhan came to Columbia International College in 2018 and made great efforts to be involved in the CIC community.  He involved himself in bringing students together by motivating his peers, engaging quieter students and creating an inclusive environment with his positive attitude.  During his extensive participation in extra-curricular activities, Jackie also excelled academically.  With an average of 96% Jackie was accepted into multiple top universities such as the University of Toronto, University of Waterloo but for Jackie, he was excited to accept his offer to University of British Columbia for Architectural Science.

Jackie is humorous, respectful and kind.  He describes his time at CIC as one that he doesn’t regret.  “There are plenty of resources and platforms at CIC to help you become successful, I was able to use many of them and it really benefited me,” says Jackie.  With his year studying at CIC, Jackie explains that he has a lot of good memories but notably his favourite trip was to New York for the Model United Nations Conference.

“There are plenty of resources and platforms at CIC to help you become successful.”

“Myself and another classmate won the Best Position Paper Award at the conference, and it was a really great achievement,” says Jackie.  When Jackie first applied for Model UN, he was on a waiting list hoping to get in.  With luck, a position opened up on the team and Jackie jumped at the opportunity.  “I was able to explore my own strengths and my own identity participating in this club – especially as you are debating and expressing your opinions.  It helped me with increasing my critical thinking skills and public speaking skills,” says Jackie.

Outside of Model UN, Jackie participated in the Duke of Edinburgh International Award at the Silver Level demonstrating perseverance and commitment to self-improvement.  Jackie explains his favourite part about his experience with the Duke of Edinburgh was the trip to Bark Lake.  “We stayed outside camping and canoeing for three days.  The thing I liked most about this trip was at night time we were told to shut off all lights and electronics and then to look up at the sky.  I’ve never seen so many stars in the sky.  When you immerse yourself under the moonlight it was truly amazing.  You could see the Milky Way and even Mars in the night sky,” says Jackie. 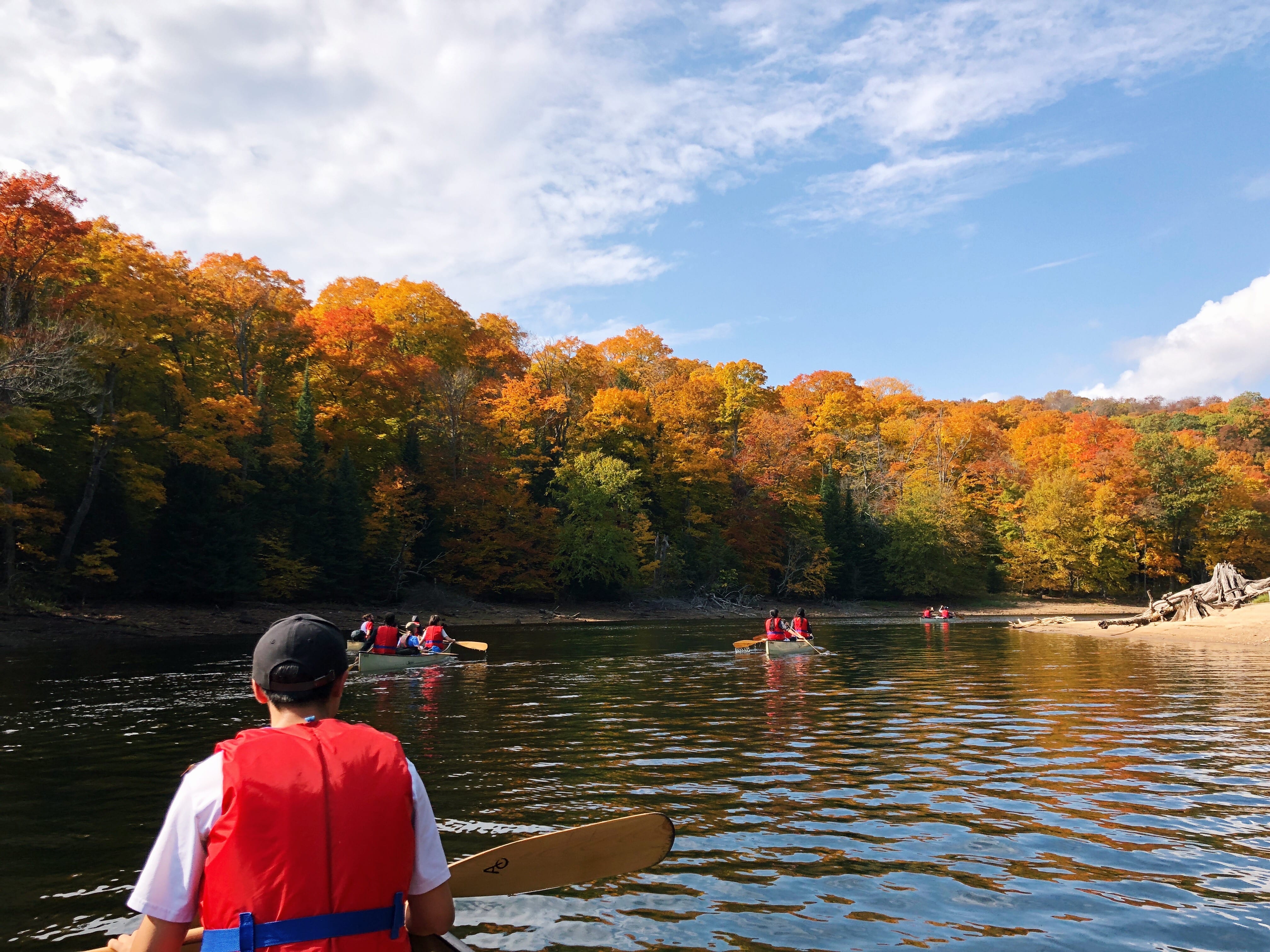 “I was able to explore my own strengths and my own identity participating in Model UN.” – Jackie Zhan

As Jackie expresses his time at Columbia International College, you can see in his mannerisms that Jackie is honest and quiet.  There is no boasting of accomplishments but instead he is humble in his discussions and explanations.  When asked who has inspired him, Jackie smiles and says, “The first person that comes to mind is my mother.  She’s been supporting me all this time, and has allowed me to be educated here at CIC.  She supports every decision I have made, and guided me by giving me advice to always stay on track of my goals.”

Jackie’s interest in civil engineering and architecture derives in his ability to do very well in those subjects.  “I love building things, and I’ve always been interested in this even back home in China.  I love how beautiful homes can be and how well they are designed,” says Jackie.  Over the years Jackie has built up his ambition to study abroad and began participating in all kinds of programs to enhance his skills.  For Jackie, everything he is working towards is in the hope that he can one day become an Architect Engineer.  “I am a positive and optimistic person, anything that is negative – I leave that behind.  You always need to more forward and look at the brighter future.  My parents are proud of me for all the things I’ve accomplished,” says Jackie.